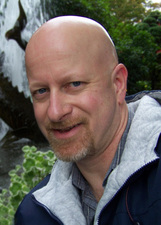 Eric Walls - Animation artist, writer, illustrator
I am an animation artist and children’s book illustrator. I’ve worked for Disney, DreamWorks, Warner Brothers, and other top studios on some of your favorite feature animated movies. As an illustrator, I’ve illustrated my own books. Now I look forward to using my vast experience to help you realize your dream.

It is my goal to help you visualize your written word into vivid and descriptive illustrations that will bring your children’s picture book to reality. If you are in an independent author or publisher, then contact me to see how I can help.
Biography
When I was a young child of age 7, I drew my first picture of Mickey Mouse, and determined right then and there that I wanted to be a Disney animator when I grew up. Sixteen years later I achieved that dream. And beyond my wildest dreams, I’m also now an accomplished writer and illustrator of children’s picture books.

I have had a career in family feature film animation since 1990 with extensive experience in both traditional hand-drawn and computer animation. I’ve contributed animation to many prominent films and other media productions.

Before entering the animation career field, I attended the Character Animation Program at California Institute of the Arts, a school originally started by Walt Disney. Here I extensively studied animation, art, story, and film. In my second year of enrollment I was honored to receive a partial scholarship from Disney.

After completing my studies, I began my career at Disney where my film credits include Beauty and the Beast, Aladdin, The Lion King, Pocahontas, The Hunchback of Notre Dame, and Hercules. During time at DreamWorks, I animated on both The Prince of Egypt and The Road to El Dorado. Other projects include Rugrats Go Wild for Paramount, Looney Tunes: Back in Action for Warner Brothers and Barnyard, The Movie for Paramount. Later returning to Disney, I had the opportunity to animate on the recent classics Meet the Robinsons, Bolt, and The Princess and the Frog. Beyond that, I’ve expanded my depth of knowledge and skills as a pre-visualization artist on numerous high-profile feature film productions including X-Men: First Class and Oz: Great and Powerful.

Through my many years of experience as an animator, I’ve not only developed my skills in animation principles, I also gained further abilities in all the related disciplines of animation such as storytelling, communication, design, and storyboarding to become a well rounded and resourceful artist. Equipped with this background of skills, I now look forward to serve your story, and your desire to achieve the dream of a completed, beautifully illustrated children’s picture book.

Animation Film Credits:
The Princess and the Frog
Bolt
Meet the Robinsons
Barnyard, The Movie
Looney Tunes: Back in Action
The Rugrats Go Wild
The Road to El Dorado
The Prince of Egypt
Hercules
The Hunchback of Notre Dame
Pocahontas
The Lion King
Aladdin
Beauty and the Beast